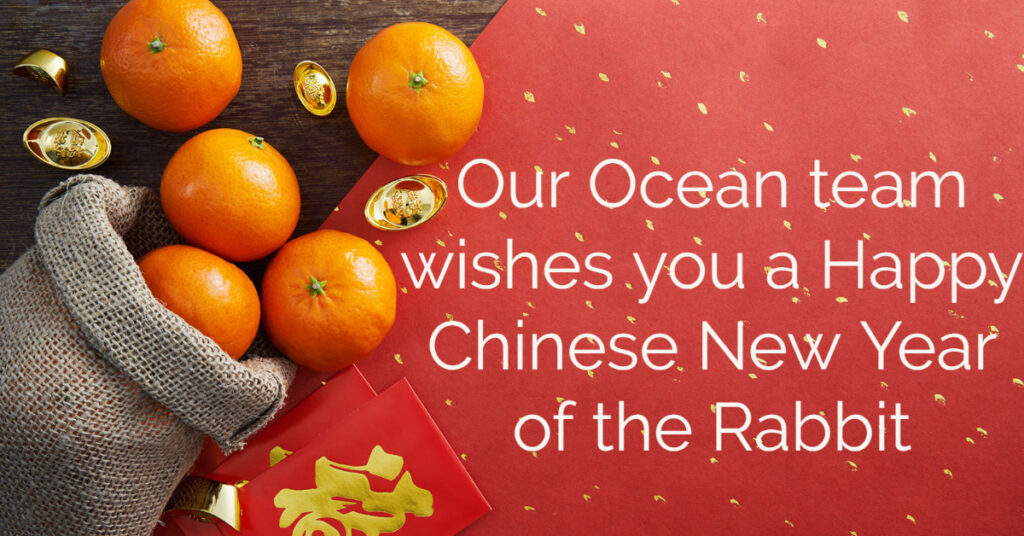 Chinese New Year takes place on January 22 this year, ushering in the year of the Rabbit.

The Chinese zodiac is made up of 12 signs, each represented by a different animal.

Every year is assigned one of these animals, and the ancient form of astrology dictates that the sign you’re born under impacts a person’s traits and even their life trajectory.

The Rat, for example, is the first sign, encompassing quick-wittedness, resourcefulness and versatility. The Tiger signifies bravery and spontaneity, while the Dog is all about loyalty and honesty.

There are also subsections within these signs, represented by elements: Water, Wood, Metal, and Earth. These are said to offer a deeper look into the characteristics of those born in certain years.

As it’s the beginning of a New Year in the lunisolar calendar, you may be wondering what’s in store for your 2023.

Look to the Chinese zodiac for answers – and don’t forget to wear red for good luck.

The qualities of the Rat compliment the Rabbit perfectly, signalling a year of good luck for these signs (Picture: Getty Images/iStockphoto)

The year of the Water Rabbit – which represents kindness and compassion – means 2023 could be a good year for those born in years of the Rat.

These traits compliment the Rat’s quick wit and determination well, and they should find the next 12 months filled with supportive energy from those around them.

It’s predicted that Rat natives will attract good fortune and prosperity, but will need to be prudent and carefully calculate any risks before taking them.

Observance is a key trait that’ll help this sign navigate setbacks wisely. This may also play out in health and love, where Rats are advised to trust their natural instincts.

The Ox is known for hard work and responsibility (Picture: Getty Images/iStockphoto)

Financially, 2023 is a good year for Ox natives, as the social energy of the Rabbit allows for career progression and moving up the ranks.

It’s important for those born under this sign to show gratitude to their supporters during challenges and avoid showing off or becoming arrogant – this may scupper the good fortune smiling upon you.

In terms of love, Oxen in relationships are advised to strengthen their bonds with some (albeit uncharacteristic) romance. Single Ox natives may attract a flurry of romantic attention as the year goes on, so get ready for passion.

Last year was the year of the Tiger (Picture: Getty Images/iStockphoto)

Due to the opposite natures of the Tiger and the Rabbit, 2023 may be a challenging one for the brave big cats.

As the Rabbit thrives on stability, Tiger natives are predicted to have a fight on their hands when it comes to making the changes they crave. They may be set to make more money than in previous years, but health problems and unexpected expenses may eat into this.

Romantic and career opportunities will be abundant for those born under this sign, but Tiger natives are advised to avoid drama and impulsivity to make the most of them – let your natural confidence shine through in decisions, but use that bunny energy and look before you leap.

It’s a year of ups and downs in the year of the Rabbit (Picture: Getty Images/iStockphoto)

It’s your year, Rabbit natives. This doesn’t necessarily mean good luck, but those under this sign should see positive changes in the coming year.

The Chinese zodiac predicts steady growth for Rabbits in their relationships and careers. These natives are advised to tap into their innate patience and allow hard work to gradually pay off, as well as saving for rainy days (as there may be periods where money is tight).

In love, coupled-up Rabbit signs should find their connection to their partner deepening. However, they should avoid unrealistic expectations about what a relationship should be, as this could cause problems. Single Rabbits may find ‘the one’ in 2023, though caution is advised before committing too quickly.

It’s set to be a lucky year for Dragon natives according to Chinese astrology – particularly in their romantic lives.

Those in relationships are predicted to reach a turning point with their partners at some point in 2023, either moving forward or fizzling out. Single Dragons will also have romantic choices to make, so being open and honest about what they want is imperative.

While the Dragon is associated with adventurous spirit, they can have issues with laziness. The supportive energy of the Rabbit means they have the potential to thrive in their careers this year, but proactivity is required to bring that potential to life.

The sixth sign in the Chinese zodiac is the Snake, considered to embody intuition and natural intelligence.

2023 is set to be a big year for Snake natives, particularly in the career and financial spheres. Although their logical outlook and determined attitude will make them a force to be reckoned with, they may need to step out of their comfort zone and take risks – particularly in the next few months. It may be scary, but luck is on the Snake’s side.

This period will also be transformative in Snake love lives, as partnered natives of this sign settle down and single serpents make passionate connections.

Predictions state it’ll be a rollercoaster ride of emotions, but if natives of this sign can temper their caution with openness and confidence, they’ll flourish.

The Horse is all about energy and exploration (Picture: Getty Images/iStockphoto)

The year of the Water Rabbit envelops Horse natives in support, with relationships growing in intensity over the next few weeks and the confidence to forge deeper connections as the months go on.

The Horse is energetic but can have a tendency to lose interest in things quickly, so those born under this sign should be careful to avoid excitement getting the better of them.

That said, they shouldn’t lose their positive outlook, as this will help them make it through ups and downs (particularly money-wise, there could be both good times and bad). It’s predicted that Horse natives will feel reinvigorated in all areas of life, making it an excellent time to learn a new skill, take up a new hobby or start a side hustle.

The Sheep is also sometimes known as the Goat (Picture: Getty Images/iStockphoto)

The Sheep is experiencing a particularly lucky year, with the luck of the Water Rabbit signalling social, romantic, and financial success.

In love, Sheep natives should expect a more stable outlook after a few years of turbulence. Disputes will be quickly settled, and any issues that do crop up in relationships will see this sign coming back stronger than before.

But it’s the world of careers where those born under the Sheep will strike it lucky in a big way in 2023. The summer months promise opportunities galore, though this will also bring new responsibilities.

This sign should use their characteristic seriousness to build a steady foundation ahead of these changes, learning more and analysing how to reach their goals. Bonuses and pay increases are predicted – just make sure you put some of this money away for the future.

If a Monkey native is passionate about a project, they’ll have great success (Picture: Getty Images/iStockphoto)

Although the Monkey and Rabbit are astrological opposites, the primate’s wiliness and curiosity help them get out of sticky situations.

In spite of challenges, 2023 is predicted to be a positive one. Monkey natives will be faced with big decisions, so their innate resourcefulness will be in high demand. Those carrying the sign should embrace their cheeky side, as great things can happen if they avoid getting bogged down by overthinking.

Things may get messy in the romance department – there could even be a love triangle on the cards. Expect mixed signals, new developments, and crossed wires – these things may be confusing in the moment, but the aftermath (if the Monkey native keeps their cool) will be partnerships that fulfil and excite you.

In health, the Rooster should avoid putting off important appointments (Picture: Getty Images/iStockphoto)

In contrast to the Rabbit’s gentle consistence, the Rooster is typified by creativity and boldness (sometimes to the point of showing off).

This antithesis can lead to inner conflict for Rooster natives this year, as they battle with their instincts and the correct course of action. In careers, it’s predicted to be busy, so Roosters should aim to manage expectations and not overstretch themselves.

Unpredictability is also a theme in love for Rooster natives in 2023. New friends and crushes have the potential to shake things up, but if they exercise the Rabbit’s caution before making decisions, everything should pan out.

The Dog is a sign that knows how to appreciate the little things, and their year will be enhanced if they take advantage of positive events coming their way.

Chinese astrology signals potential misunderstandings in relationships in spring, along with social drama around summer. The Dog’s loyalty can mean natives of the sign struggle with the idea of letting people down. They’ll do best if they ignore that pressure and focus on their own needs, tuning out the background noise.

Unexpected financial boosts are also on the horizon, and Dog natives should keep an eye out for collaboration opportunities that may prove lucrative.

The Pig is known for its honesty, intelligence, and wisdom (Picture: Getty Images/iStockphoto)

The Pig is the last sign in the Chinese zodiac, predicted to have an auspicious year of the Water Rabbit.

After a tough time, Pig natives are set to finally get some recognition at work. They will need to retain their usual reliable and calm demeanour, yet in turn will be rewarded as those around them take notice of their talent.

Those in this sign will find happiness in relationships by showing gratitude to their partner and making them feel appreciated. If conflict arises, this will stand Pig signs in good stead. Unattached people born in this sign should watch out for a steamy fling – put in the effort and it could become a real love story.

It may also be worth taking up meditation or some form of self care, as this is one little Piggy who will need to de-stress in 2023.